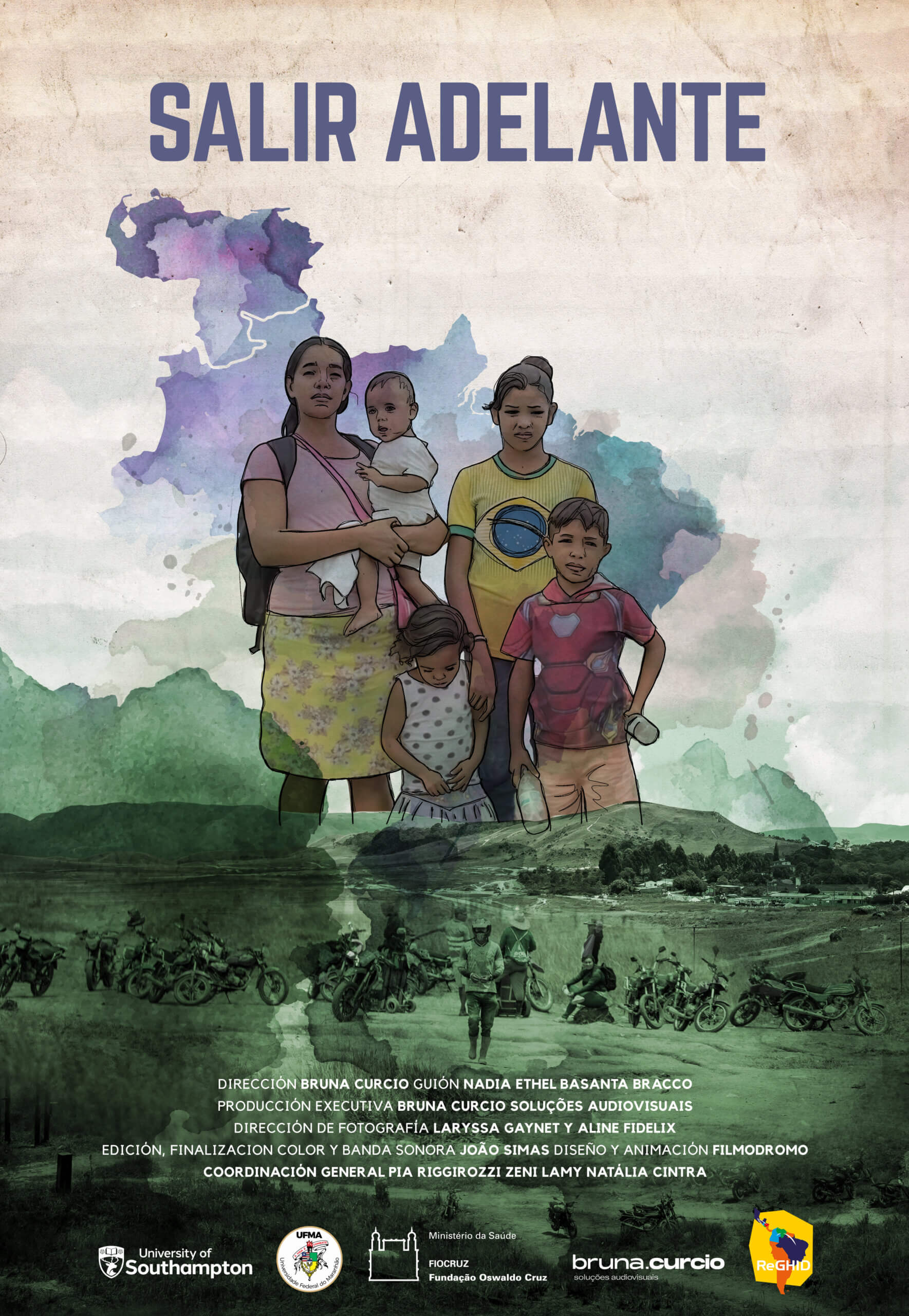 We are very excited to announce the upcoming ReGHID Project production: Salir Adelante, a documentary based on the stories of Venezuelan migrant women and girls who fled humanitarian crisis to rebuild their lives and hopes while experiencing the everyday struggles of unfamiliar and sometimes adverse places in Brazil.

Forced migration heightens all forms of gendered injustices. For millions of Venezuelan women and girls who fled hunger, poor health and violence migrating to Brazil is a way of moving forward in search of safety and wellbeing.  But what happens when these women and girls reach a supposed place of safety? Do they experience rights restitution and protection, or do they continue to be subject to gendered risks and humiliations?

Salir Adelante is based on the stories of Venezuelan migrants and refugees, their hopes and expectations, their perilous journeys into unfamiliar and uncertain destinations.

Based on the stories of many Venezuelan migrant and refugee women and girls in Brazil, Salir Adelante is an evocative, empathetic study of the most significant current refugee crisis in South America.

The documentary calls the attention on the perilous journeys to hope, safety and well-being as well as on the failures of protection regimes and policies to redress the many risks, harms and barriers that stop migrant women and girls from enjoying the rights, dignity, and respect they are entitled to.

At the time of making this documentary, the number of people forcibly displaced from their homes in Venezuela reached more than 6 million people, making it the second largest external displacement crisis in the world. More than half are women and girls. Despite governments and organisations’ efforts to alleviate the conditions of these refugees and those who embark on dangerous journeys, the situation continues to be critical. Nonetheless, what inspires these women and girls to keep moving forward is an empowering act.