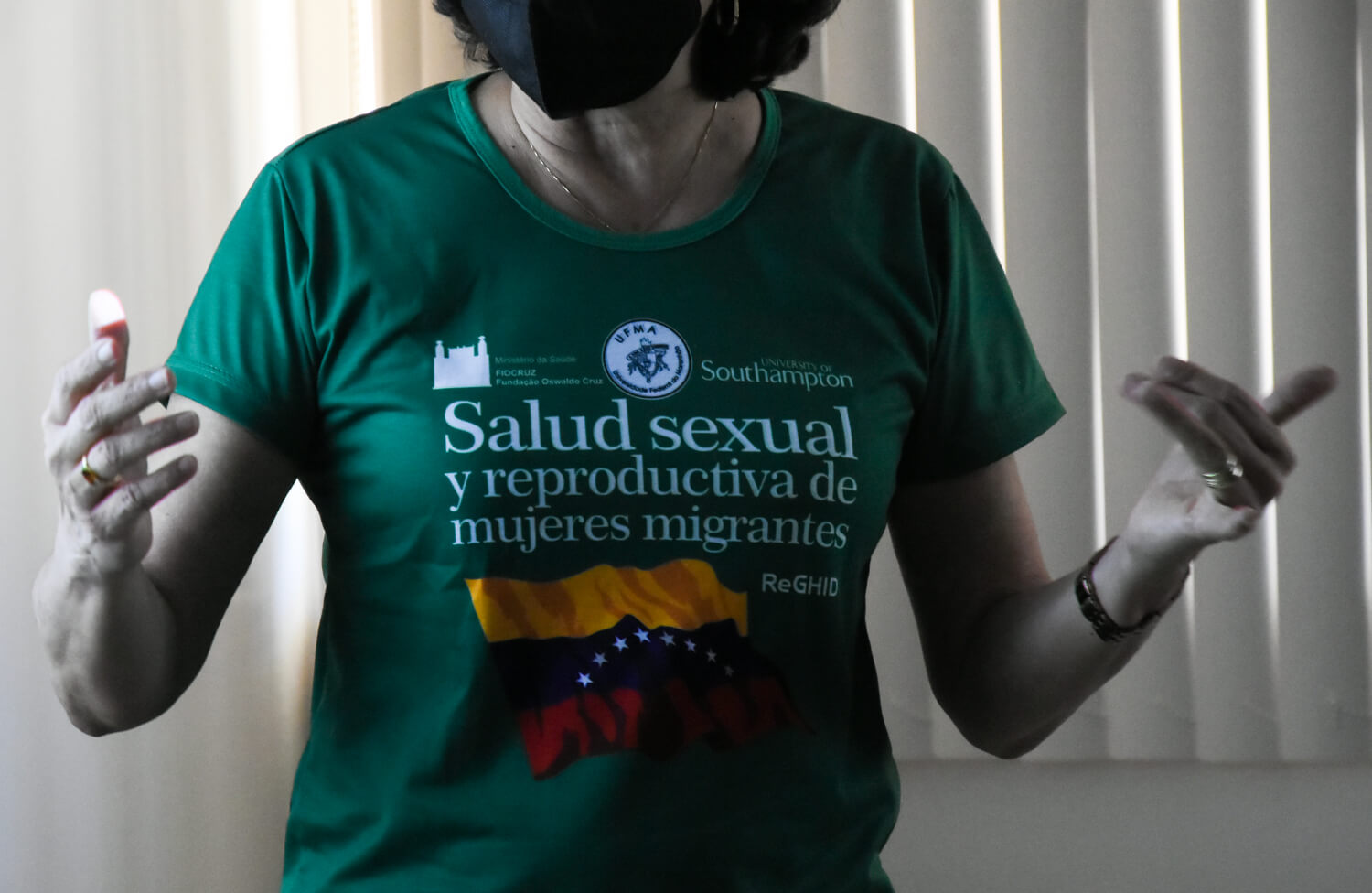 While ReGHID activities are continuing in Brazil, the team led by Principal Investigator Prof Pia Rigirozzi has had  the opportunity to share some of the project’s preliminary quantitative and qualitative findings at an event organised by the ILMD Fiocruz Amazônia, Brazil at their  headquarters on Tuesday 10 May 2022.

The event was opened by Adele Benzaken, director of ILMD Fiocruz Amazônia and presenters included ReGHID Project Co-Investigators Maria Do Carmo Leal (Fiocruz), Zeni Lamy (Federal University of Maranhão) and Prof Pia Riggirozzi (University of Southampton,UK). Prof Riggirozzi informed the audience that the project had entered  the final stages of data collection which will be followed with further analysis once the field work  has concluded.

Amongst the delegates were representatives of NGOs that work with immigrants in Brazil such as, Hermanitos NGO from Manaus, Agência da UN for Refugees in Brazil (UNHCR), International Organization for Migration (IOM), United Nations Population Fund (UNFPA) and members of the Amazonas State Parliament.

This field trip to Amazonia not only provides the team with further access to the populations being studied within the migrant shelters in Northern Brazil, but also with an unparalleled opportunity to discuss impact activities with key stakeholders.

The event has been featured in the ILMD Fiocruz Amazônia website, the full article and photos can be accessed via this link.